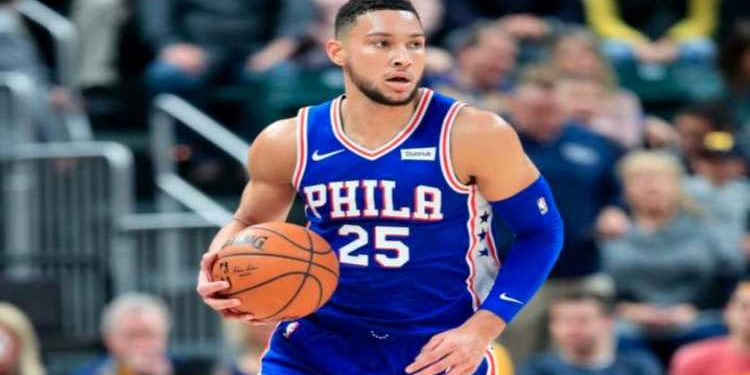 The Philadelphia Flyers traded their all-time leading scorer, Ben Simmons, to the Columbus Blue Jackets for two third-round draft picks in the upcoming season. So why did Ben Simmons request a trade out of Philadelphia? Why did he want out?

Well, it seems as if there’s one main reason that the Flyers are considering moving him – he’s not happy in the city. You see, as an individual player, you need to have a certain amount of “swagger” built into your game. There’s nothing worse than a Flyers fan at home watching their team get slaughtered in a Conference Finals game. I don’t think that’s the type of swagger that a team needs. Now, that the Flyers have decided to send him to the Columbus Blue Jackets, it appears as though that may be the best possible outcome.

It appears as though the Flyers brass is asking Ben Simmons to take a pay cut. That may not necessarily be a bad thing – after all, general managers and coaches have to make do with what they have. However, this move by the ownership isn’t exactly a sign that the Flyers are rebuilding. Especially considering that they’ve only made the playoffs once in the past seven years.

Now, you might argue that it’s because the Flyers haven’t been as competitive as other teams. Fair enough. But consider this – if they were a competitive team, would you still have them as your biggest trade chip? Probably not, so why inquire about it now?

Philadelphia has gotten deeper in the playoffs and that means they’ve played better. It’s expected. However, there’s no real evidence that their ceiling has been reached. There’s also no real evidence that any of their stars – Braylon Edwards, Michael Flyers, even Wayne Simmonds – could be traded for players better than what they currently are.

So what do I think? I don’t know. I don’t know if I want to. I really don’t. I just know that I can’t see him staying in Philadelphia long-term.

Then we have the Flyers, who are said to be open to moving either Radko Vrtachev or Kimmo Koivukaki. Both are solid players but are not known as scorers. GM Peter Chiarella indicated recently that he likes to acquire players who play “a lot of minutes.” Now you can argue with that, but the Flyers have been getting very few minutes lately. They’re last in the NHL in Goals Against per 60 minutes. That’s pretty bad.

So, it would seem to me that if Ben is traded to a Western Conference team where his skill-set would be utilized, and he’s a dominant force, he’ll be loved by his teammates. He might even be traded to the Flyers again. If he’s shown anything since being traded to Florida that he can play an effective game, he might be traded back to the Flyers – after winning the Stanley Cup with the Pens.

If that’s the case, and I don’t think it is, I believe that Ben should be rewarded for what he’s done in his three years in Flyers blue and gold. Whether he stayed or went, I believe he has played his part in helping the Flyers become a better team. And if he was traded to a team in the same conference, I believe he would do well, especially considering the player now in place in Tampa Bay, as well as the trade that they made last summer.