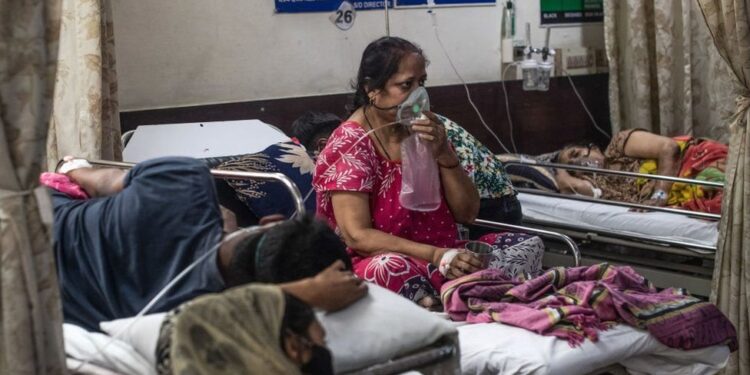 As of today, India has reached massive numbers when it comes to Covid-19 cases. Currently, India has recorded over 20 million cases on Covid-19. Nationals have now started to show anger against their government for not taking any measures to control the forest fire like the spread of Covid-19 within the country.

Since early May, an average of 400,000 cases was being recorded every 24 hours, but recently on Tuesday, 355,000 more cases were reported, this allowed the government to issue a statement which said that the cases are now slowing down, but doctors and researchers think otherwise as testing laboratories are overcrowded and not everyone can currently be tested.

Health experts from around the world along with politicians from India are urging the Indian government that a national lockdown is their final resort to control the spread of this disease. Congress leader Rahul Gandhi has also blamed the current government of India and has stated that the government has failed to control the virus and has brought it to a point where it seems almost as if coming out of this Pandemic won’t be easy for India.

Currently, Only city-wise lockdowns and midnight curfews are being implemented. International health experts have said that this is not the way which can help India to escape from this crisis. Sure a city or two might start showing lower numbers of Covid-19 but as soon as the temporary lockdowns are lifted, the virus will spread again and the numbers will increase at a rapid speed.

Asking the current Prime Minister of India, Narendra Modi, He states that after the implementation of last year’s lockdown, people from around India started criticizing the government as the notice of lockdown was very short, delivered only 4 hours before the lockdown. He also stated that India has faced massive losses in the economy after last year’s lockdown and repeating it can cause serious damage to the economy of India. People raged quite a lot when the lockdown was imposed as migrant workers who came from villages and rural areas had to walk a lot of miles to reach their villages as public transport and airlines were all put on hold during the national lockdown. Though, the numbers were not as serious as they are now.

India is currently facing a massive issue with providing shelter and beds to Covid-19 patients, also, Oxygen cylinders are massively short around the country. Hospitals around India have switched on their red light, which means that Hospitals are no longer taking any sort of patients because of the non-availability of beds and ventilators, there’s also a crisis of medical equipment even after countries from around the world have massively helped India by sending hundreds of ventilators and thousand among thousands of medical equipment. Patients with serious illnesses who used to visit hospitals frequently have their heads between their knees as hospitals are not treating any patients besides Covid-19 patients. Malls, Stadiums, and other large-scale estates have all been turned into Covid-19 shelters but still, there seems to be little to no availability of beds around India. Covid-19 patients are also struggling to get their hands on medical oxygen as there is a huge shortage of oxygen cylinders around the country.

People are blaming the government for not taking any sort of precautionary measures and allowing political rallies amid the Pandemic. People attending rallies were not given any safety measures, no one seemed to care about wearing masks or social distancing from others, this is also a huge cause of the massive spread of the virus in the country. The current death toll reported by India due to Covid-19 is 220,000 but health experts from India state that there are many unreported deaths due to this virus that are not in the count, people from far away villages and other rural areas who fail to get medical attention and later, fail to report Covid-19 related deaths are not in the count, if they are also added to the count, the number could increase massively.

Cremation places seem packed as families have to wait for hours in line to cremate their dead loved ones.

India is known as one of the biggest producers of vaccines, but doctors have reported that there is a huge shortage of vaccines in India which is making the process of immunizing its population quite slow. Currently, only 10% of India’s population has received a single dose of the vaccine whereas only 2% of people have received the second dose. India is currently producing 1.5 to 1.7 million vaccines every day.

People of India currently have no focus on their businesses or financial losses and are only asking the government to impose a 15-day national lockdown as a lockdown seems to be the only way for India to escape from this situation of crisis.

People and Doctors from villages have reported that the virus is not just limited to cities, the situation seems to be getting worse by the day as village hospitals are just provided with a limited amount of medicine monthly and doctors are failing to treat patients. Doctors have reported that there is hardly a single oxygen cylinder available in village hospitals and there are no oximeters to monitor a patient’s oxygen levels. Patients die during their sleep as oxygen levels drop, there’s nothing we can do as we don’t have access to any sort of machinery to monitor the patient’s oxygen levels. People from villages that are far away from cities have reported that they have to drive for hours to reach hospitals in cities. Even to get their oxygen cylinders refilled, people have to wait for several hours in line. Another person from a nearby village has stated that if the population of his village is to be tested for the virus, more than half of the population will result in positive, almost everyone from our village is reporting a loss of smell and taste, which is a common sign of being Covid-19 positive.

Opposition leaders from India are blaming the government for the current Covid-19 situation in India and are urging to not focus on elections and rallies but focus more on how to get rid of this virus once and for all.

According to Health experts, the only way out of this situation for India is for the government to impose a nationwide lockdown. 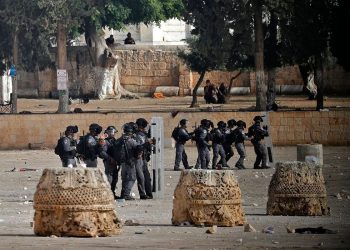