by Aims
in News, Technology
0 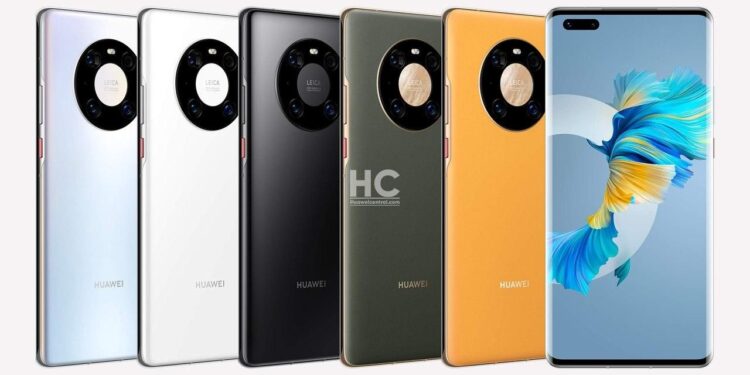 The Chinese tech giant, Huawei has silently announced 4G variants of two of their popular Flagships, Mate 40 Pro 4G and Mate X2 4G on their website. These devices are listed with a complete specifications guide but there is no information regarding their official release and availability. Both these smartphones have the specifications of their 5G version, but of course, without 5G.

The Huawei Mate 40 Pro has made huge success when it comes to its 5G variant, which was released in October last year. People were quite curious about whether the Mate 40 series will be up for sale in the U.S. because of the ongoing dispute between Huawei and the American government banning them. Since things came under control, Huawei looked no further and threw in their very best in designing and configuring the device. Users have stated that there’s nothing that you can compare this phone with, from its processor to its camera, everything seems perfect. So what is this beast of a phone packing in there? Here’s a thorough review of the device:

The design is magnificent with exquisite craftsmanship and has a sleek, premium feel to it. Starting from the back of the phone, Huawei has stuck with the round camera design as they did with their Mate 30, though, this one has a few changes. Despite being inside the circle, the cameras are now mounted on a ring accompanied by a Flash, with a small circle in the middle which has the Leica logo on it. The phone is available in 5 different colors with two special vegan leather backings which are available in Orange and Green.

The phone shines bright with a 6.67inch 90Hz 1080p+ OLED display with 240Hz touch sampling. Though the pixels aren’t much as compared to other devices released in 2020, it’s still beautiful with its 68 degrees wrapped around glass and gives the display an attractive look as compared to other flat-screen flagships. On the display, which might be a downside for some users, is the massive punch-hole on the top left of the screen, but forgiveness can be given about the punch-hole as the occupied area contains a super-wide-angle 13MP selfie shooter along with a gesture sensor which is also used for Huawei’s Face recognition. There’s also a lightning-fast under-screen optical fingerprint sensor.

The Mate 40 Pro packs some powerful internals. The most important and sought-after hardware has to be the Chipset. This device contains the new Kirin 9000. Kirin 9000 is the first 5NM processor which enables 5G communication. The Mate 40 Pro contains an Octa-core processor (1×3.13 GHz Cortex-A77 & 3×2.54 GHz Cortex-A77 & 4×2.05 GHz Cortex-A55) accompanied by the new 24-core Mali-G78 GPU. This combination provides exquisite performance and is much more efficient in consuming your battery life than previous generations. The device comes in three different storage sizes, 8 GB RAM and 128, 256, 512 GB storage. You also have the option of expanding the already massive storage by the use of a Nano memory card. The phone also had dual-stereo speakers which make binge-watching your favorite shows a joy.

Huawei has always impressed the industry with its cameras. This time, Huawei has done it again. There are 4 sensors on the space ring at the back. 3 of them are working cameras whereas one is a laser sensor. The main shooter is a 50MP Ultra-vision laser focus camera followed by a 20MP Ultra-wide angle and a 12MP periscopic telephoto camera which also supports up to 5x optical zoom. The camera is capable of recording 4K video and 30 and 60 frames per second. So what does the laser sensor do you might ask. The laser sensor provides accuracy in focusing on objects for crisper and better results in videos and images. The combination provides amazing results in daylight and artificial lighting but can compromise quality in darker areas. Huawei also gave its users the solution to capture crisp-colored images in the dark too using the 5-second capture option. Though you need to hold still for a while to avoid shakes, the results are quite impressive. Wide-angle shots are also a joy, even at night as Huawei has fixed its distortion and low-saturation issues which were seen in its previous phones.

The Mate 40 Pro 4G is said to have all the above-mentioned specifications, Huawei is only skipping 5G.

The Mate X2, a successor to Mate X is only available in China at the moment with little to no hope that Huawei will expand its availability. The folding-smartphones industry has been around for a while, we’ve seen huge fails and recently, huge wins too. Users were seen as more satisfied with side-folding devices. Previous fails and experiments have brought the final decision to phone manufacturers about what consumers are enjoying more. This climbed step can now help manufacturers work on a better, sturdier, stronger display for their foldable phones.

The design of the Mate X2 is as expected, quite bulky. The phone also carries some fragile components like the hinges and the foldable display. The phone is built on an aluminum frame and has a shiny glass back. The overall phone weighs in at around 295g or 10.41oz. The previously ugly hinges have also been fixed as the phone shuts completely flush and the mechanism seems sturdier as compared to other foldable display phones currently on the market.

The Huawei Mate X2 packs identical specifications to the Mate 40 Pro. It contains the latest Kirin 9000 5G (1×3.13 GHz Cortex-A77 & 3×2.54 GHz Cortex-A77 & 4×2.05 GHz Cortex-A55) accompanied by the new Mali-G78 MP24 GPU. This makes the device the fastest foldable display smartphone right now. The internals also assists the multitasking capabilities this phone contains, Users can multitask up to four applications simultaneously when unfolded. You can also split the screens into two giant halves, it’s like using two different phones as the multitasking experience is quite smooth.

The X2 has a massive camera hump at the back. The hump isn’t just for aesthetic purposes but it holds some pretty decent sensors. The phone has 4 cameras at the back which are a 50MP Ultra Vision main camera with laser autofocus, a 16MP Ultra-wide, a 12MP telephoto with the support of 3x optical zoom, and an 8MP periscopic telephoto camera that supports 10x optical zoom. The front camera is a 16MP shooter. Huawei has not compromised on the phone’s photographic side as images appear crisp both in dark light and daylight. The camera also adjusts itself to artificial lights and direct sunlight due to its advanced AI feature. The color saturation and popping are both pretty balanced and the final results, be it video or photos, appear pretty good.

The phone packs a non-removable 4,500mAh Li-Po battery which can easily get you past a day without any problems. The phone supports 55W fast charge which Huawei calls their “Huawei SuperCharge”. the phone can be charged from 0 to 100 in around 45-50 minutes. Unfortunately, like the Mate 40 Pro, This device does not support Wireless charging or Reverse charging. 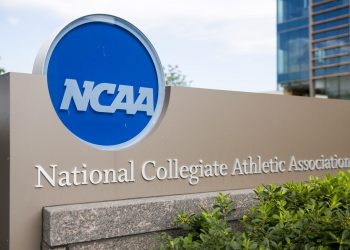