by Aims
in Health, News
0 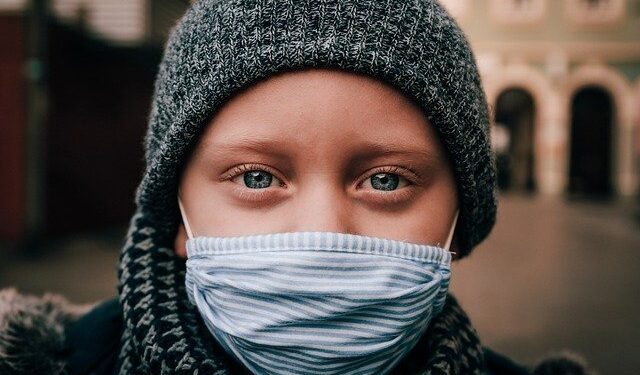 The Pandemic has shaken the whole world. The virus which first began in Wuhan has crossed every single country and state across the globe. Governments of different countries have imposed a state of emergency in their countries to overcome the spread of this virus. There have been various variants of this virus, one being stronger than the other. Some countries have fully vaccinated their population and have immunized them against this virus, but some countries have failed to do so. Failed to impose lockdowns and failed to overcome the spread of this disease.

India has to be one of the worst-hit countries currently. Cases have surged to almost 400,000 infections and 3,500 to 4,000 deaths every 24-hours. Hospitals are blowing up with patients with room for no more. Patients with other illnesses who require a frequent hospital visit are stranded at home as hospitals are not taking in any more patients. During the first wave of the virus, Cases were around 80,000 to 90,000 at their peak, even then, hospitals did not have enough medical equipment or space to treat these patients. So why have the cases increased? Prime Minister Narendra Modi declared that Covid-19 is almost out of the country when cases reached around 10,000 per 24-hours. After the announcement, people were seen celebrating and safety guidelines were not being followed anymore, even the rule of wearing a mask in public was long gone. Huge gatherings, Political rallies, and Festivals started taking place across India, and soon enough, cases started to go up again. Currently, India is at a record high with almost 366,000 patients recorded in the last 24-hours.

Health experts from around the world have said that the new variation of Covid-19, which is called B.1.1.7 is currently found in almost every Covid-19 positive Indian. B.1.1.7 sticks more to a carrier’s blood cells and respiratory organs, it is not easily curable and has severe health effects. B.1.1.7 is the reason for the current rise in Covid-19 cases in India. Health experts are worried that due to the lethargy of the Indian government imposing a lockdown, this virus can mutate itself more if it meets someone with another illness and might become so strong that the current vaccine fails to immunize the people against it.

Export of Raw Vaccination Materials to India has been slowed down by the U.S, which is the reason why India, the biggest manufacturer of vaccines has been slow sluggish about immunizing its population of 1.35b people. Currently, India has only managed to vaccinate 2.5% of its population.

Across the border from India, Pakistan has also recorded its highest cases in April 2021. Numbers being almost 142,000 cases and 3,100 deaths. At the end of April, Pakistan recorded almost 200 Covid-19 related deaths in a single day, being its highest since the Pandemic began.

Worried that the country might follow the footsteps of its neighbor. Prime Minister Imran Khan has announced lockdowns in states which deliver a Covid-19 positivity rate higher than 5%, Schools, Colleges, and Universities have all been shut down. Shops and businesses are ordered to close at 6 PM sharp which includes grocery stores and Medical stores.

Prime Minister Imran Khan has appealed to the public in a recent announcement to follow all safety guidelines and standard operating procedures (SOP’s). He also said that people should not avoid the use of face masks and the Police have been ordered to impose a fine on anyone who fails to wear a mask. Indoor and outdoor gatherings are also banned and recently, Public transport has also been shut down.

As EID Ul Fitr is approaching, the Muslim community increases their shopping for new clothes and related items, PM Imran Khan has also requested people to celebrate Eid inside their homes this year around for the sake of their country.

The Vaccination rate in Pakistan is also very low, as the vaccine is not being manufactured locally, imports of the vaccine are quite sluggish. A report revealed that only 197,000 people out of its 217million population have received the first dose of the vaccine. Pakistan is expecting to receive 1 million doses of the AstraZeneca vaccine soon.

Bangladesh hasn’t seen a situation as diverse as India and Pakistan. During the first waves of the Pandemic, Bangladesh only recorded a few numbers of Covid-19 cases and related deaths ranging at around 200 to 350 cases per 24-hours. Due to this, People from Bangladesh started repeating the mistake Indian’s made. Bangladeshi people stopped the use of masks and gatherings started taking place around the Country. This soon showed results and the cases started to rise at a very fast pace. Recently in April 2021, Bangladesh recorded its all-time high in death rates which exceeded 110 in a single day. The government imposed a nationwide lockdown soon after the infections surged. Bangladesh has strictly banned gatherings and face masks are a must for anyone willing to leave their house. The government has also restricted flights from and to countries like India and Nepal.

As Bangladesh is also a neighboring country to India, Health experts from Bangladesh are worried that the mutant B.1.1.7 might also move towards Bangladesh. They have urged the government to increase the speed of Vaccine imports so that their population of 163million gets immunized quickly. Currently, only 2.80 million out of its population have received both doses of the vaccine and a total of 8 million doses of vaccine have been given out.

The Bangladeshi government is imposing strict lockdowns and is banning any sort of event which is thought to cause a gathering. City-wise elections have also been put on hold. The Government has appealed that people who must leave their houses should keep all precautionary measures in mind and the use of face masks is a must. The Bangladeshi government has also ordered the Police to impose fines against people who fail to wear masks outdoors and in public places.

Countries from around the world are using all means necessary to overcome this virus. This is an equal fight for everyone, which requires the unity of all nations.